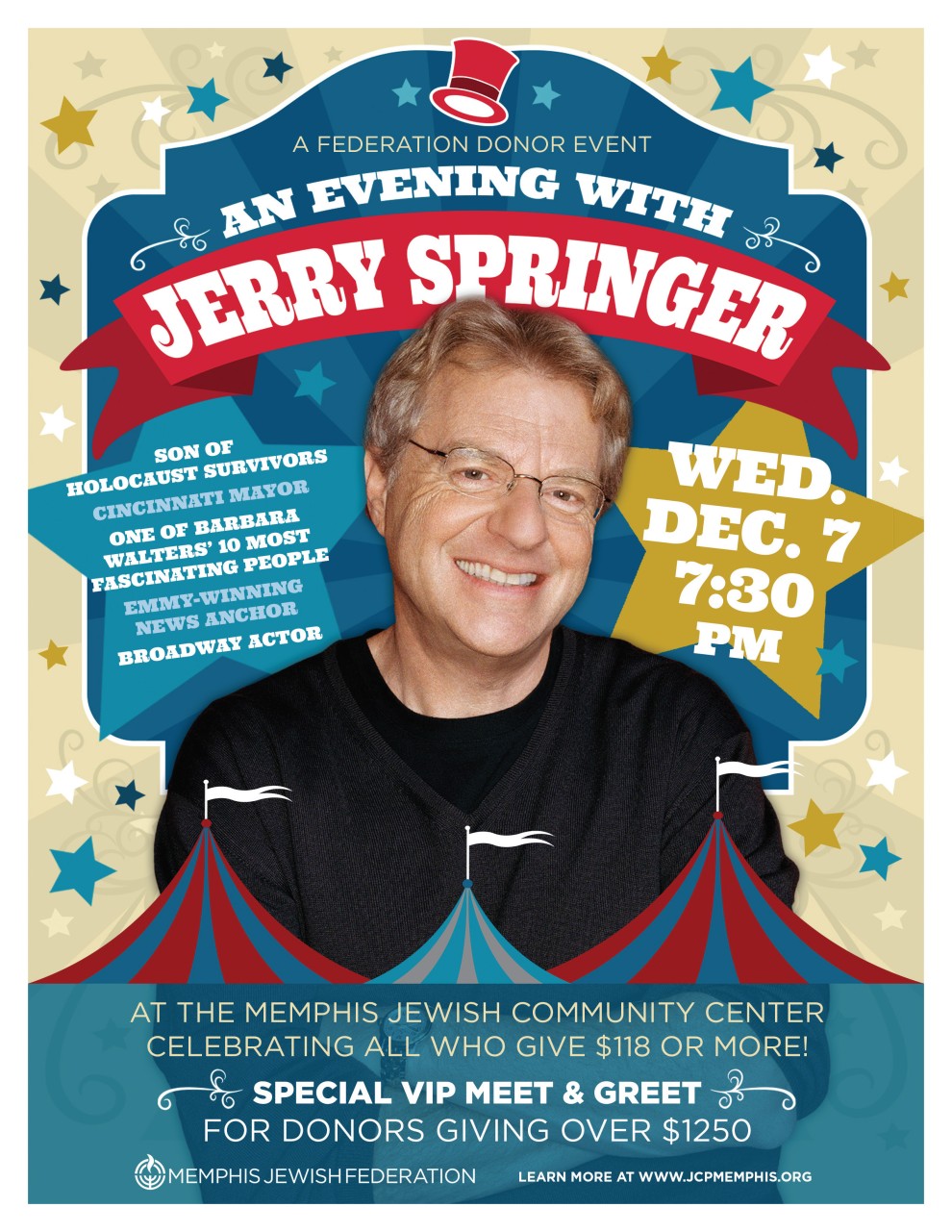 Yes, THAT Jerry Springer. The same guy with the crazy talk show. But he is so much more than his show. Did you know Jerry Springer’s parents are Holocaust survivors, he was the mayor of Cincinnati, he’s performed on Broadway in the hit musical Chicago, he was a campaign advisor for Robert F. Kennedy, and he’s an Emmy award winning news anchor?  He is making his trip to Memphis completely at his own expense, not charging us for the event AND made a donation to Memphis Jewish Federation’s 2017 Community Campaign.

Join Jerry and make your commitment to the 2017 Annual Community Campaign.

This event is open to all donors who make a gift of $118 or more to Memphis Jewish Federation's 2017 Community Campaign. Donate today!

There will be a special VIP Reception beginning at 6:00 PM . This reception is open to all donors who give $1,250 or more to the 2017 Annual Campaign.